SOLD Nearly 6 Years Ago, but Still Lying Neglected …Why? 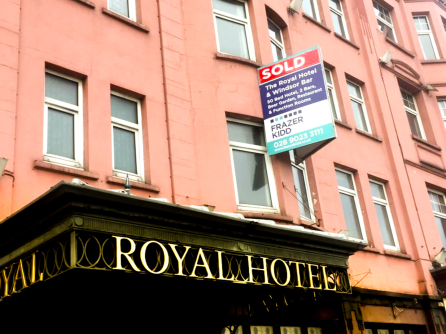 2014 (September) - the Royal Hotel closed it's doors for the last time.

2018 (October) – Application agreed, but with conditions

Although planning permission was granted in October 2018 there was a very significant and costly condition attached by the Historic Environment Division (HED). Work was prevented from commencing until rigorous archaeological work were carried out. So, whilst this was being progressed the developers continued with pre-construction planning work. Subsequently they found that the facade of the building was unsalvageable due to extensive corrosion of major structural steel components.

The decision was therefore taken to abandon the original plan. It was not until December 2021 that a brand new application was submitted with a new frontage that bore a striking resemblance to the original but with slight proportional changes that would allow perfect alignment of the windows on each level right around to include the Crosby Street elevation.

The planners however, were not content, so they requested sight of a full structural survey. An extensive independent structural survey was duly carried out and it would appear that the planners are still mulling over the outcome and labourously considering their next step.

It is worth noting that in 2011 a very ambitious (if not radical) design was passed by the planners yet now, in a period were the town is trying do ride out the devastation of the recent pandemic, followed by the current economic stresses, our planners are still not working constructively with private enterprise to keep our economy from sinking further in to recession.

The images below are of the 2011 plan for the Royal site (and of the current plan).

I know some of you might be horrfied at the thought, but in contrast, the current plan is an absolute dream of a replacement for our beloved Royal. 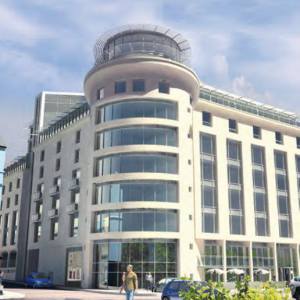 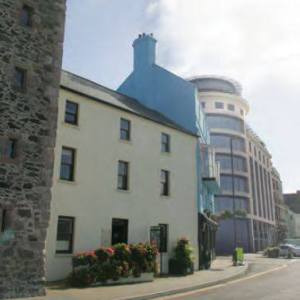 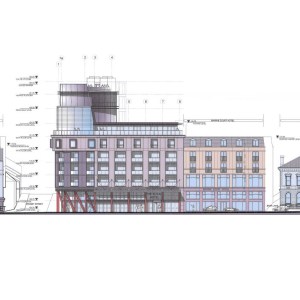 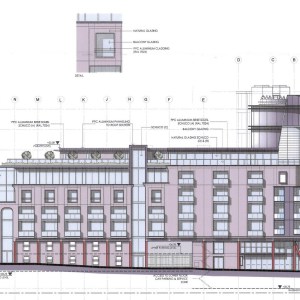 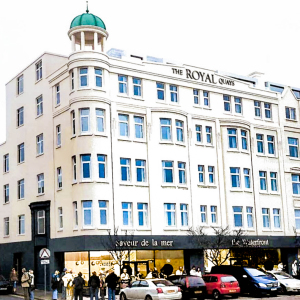 A spokesperson for the Royal Quays development says, “Our plan has always been to re-energise and reinvigorate a building which played such a significant role in the history of Bangor and the fabric of the town centre.”

Plans to reconstruct a new replica facade at the site of Bangor's Royal Hotel will “energise and reinvigorate” the historic town centre building, those behind the project have said.

Back in 2018, it was first announced that the landmark Co Down hotel, which had closed four years earlier, was set to be transformed into apartments as part of a £3m development.

At the time, councillors in Ards and North Down gave Expedia Capital, a Northern Ireland development and regeneration company, permission to turn it into 21 high-quality apartments with four ground-floor restaurant units.

However, when the developer commenced works on the site which overlooks the picturesque marina, several structural issues became apparent, including corrosion of the existing steelwork.

The developer is now seeking to remedy this by demolishing the existing building and reconstructing a new replica facade on to Quay Street.

This will provide the most structurally sound building while still respecting the history of the site by matching the material finishes of the previously approved scheme.

Previous plans to rebuild the hotel were drawn up but later abandoned due to delays in obtaining planning permission and the onset of the recession.

Before its closure, the seaside hotel was synonymous with Bangor for over two-and-a-half-centuries.

Thousands of people crossed the threshold over the years with singer Sir Van Morrison among the famous names to regularly visit the hotel's restaurant.

The impressive revised plan includes a realignment of all floor levels to improve the circulation area within the building and also the appearance of the frontage.
The new 5th-floor penthouse apartments have been designed to be set back and unobstructive from the surrounding Victorian context.
The proposed mansard roof is in keeping with the Marine Court's Mansard roof and fits well within the surrounding area. 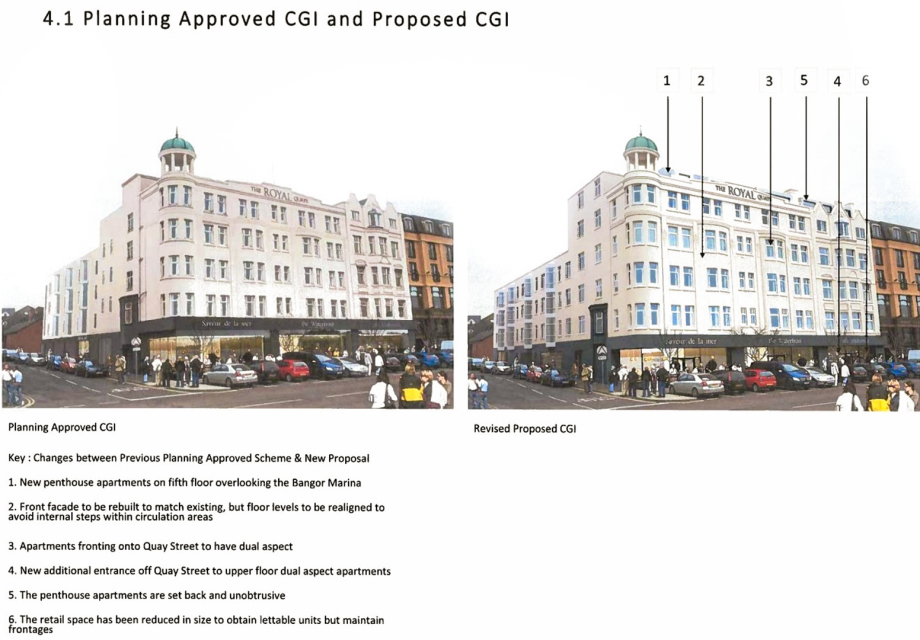 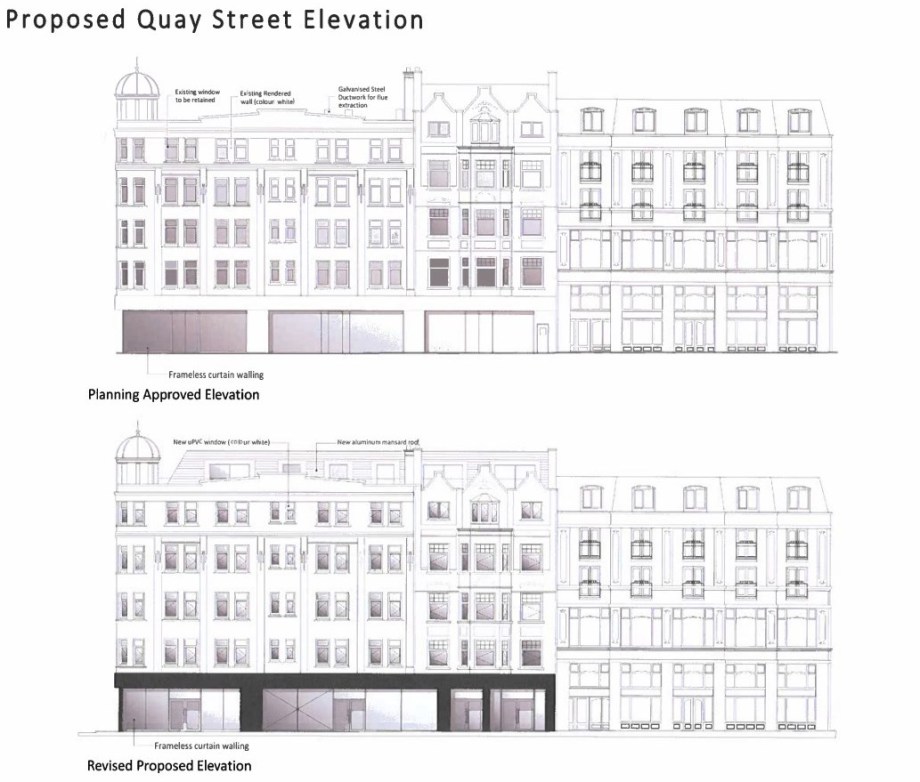 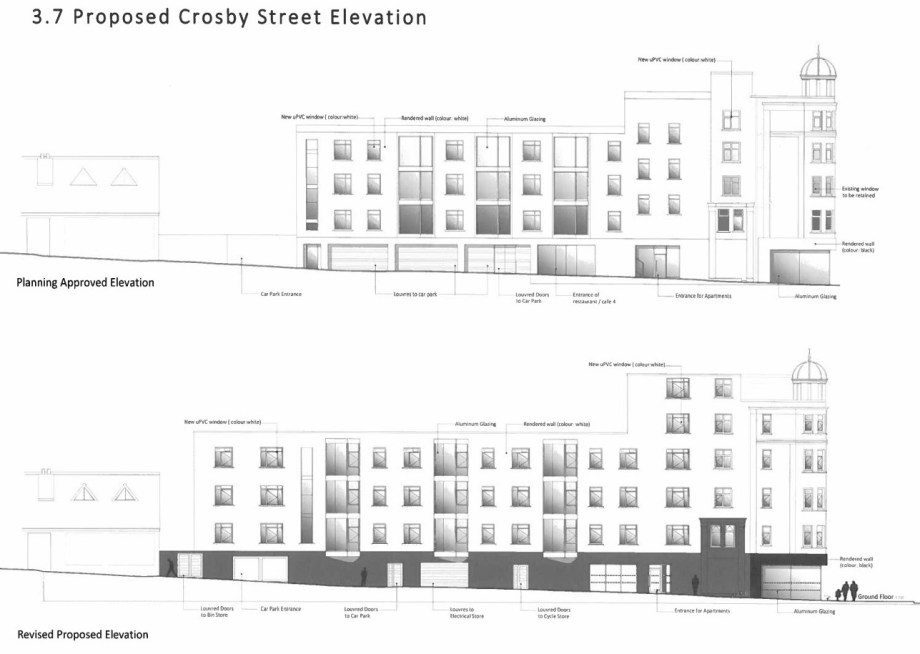 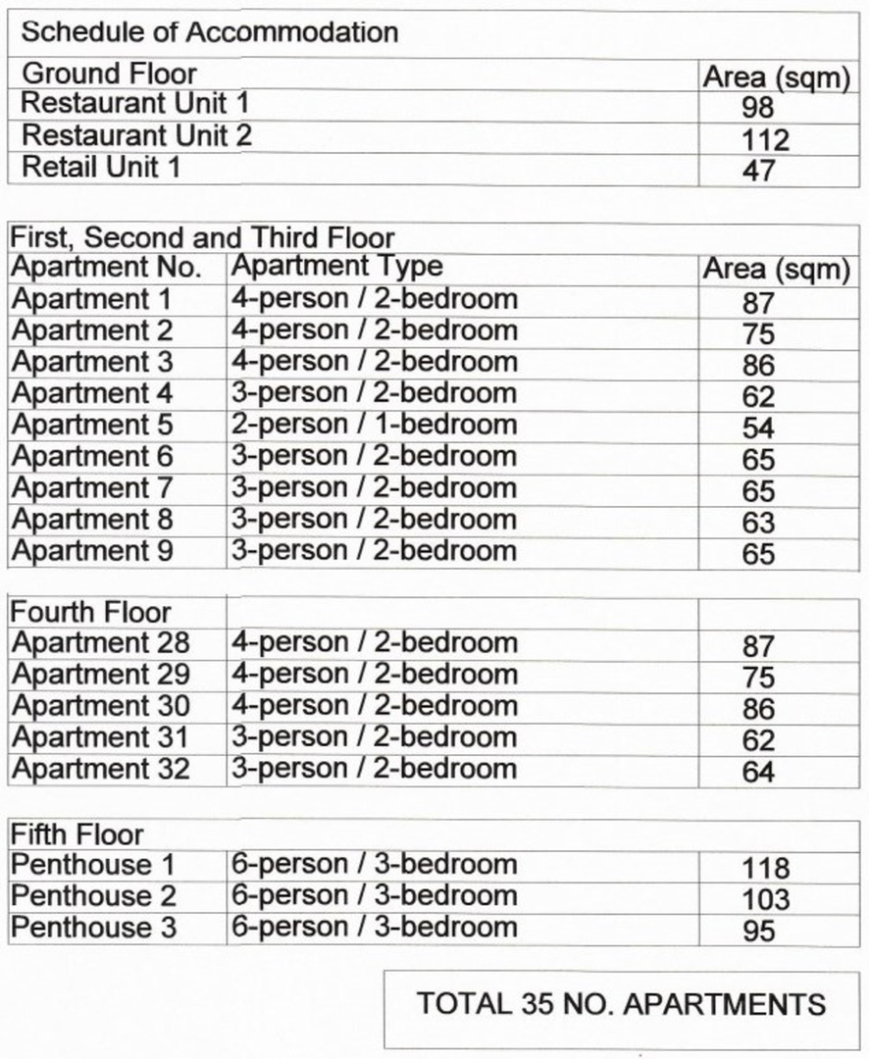 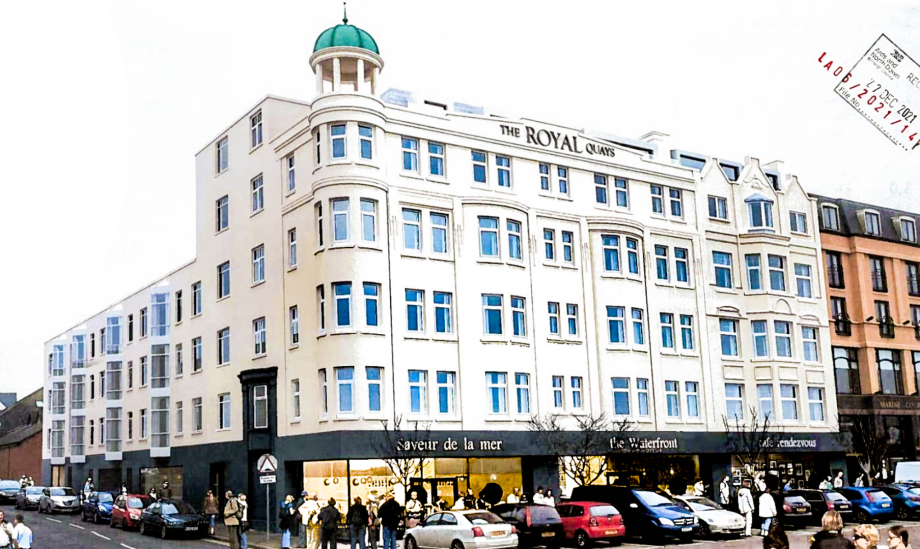 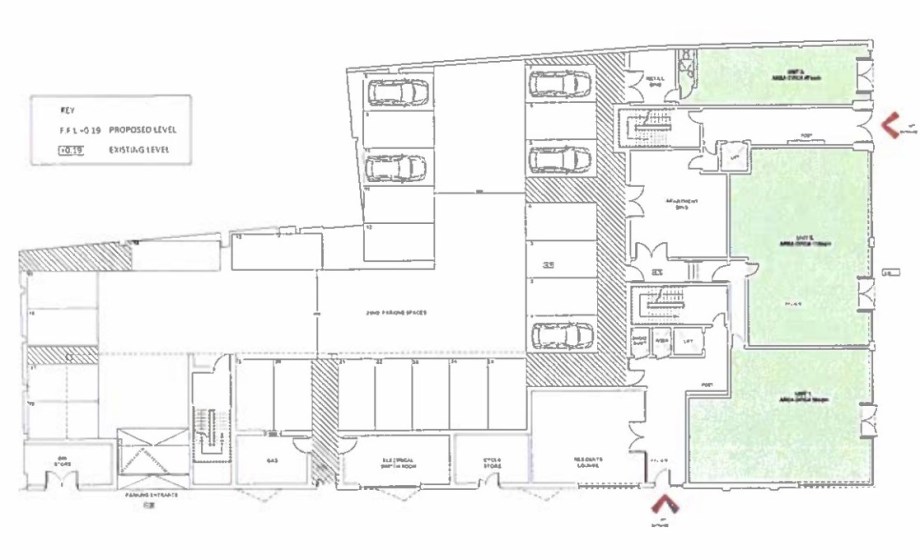 Another grand but derelict building awaiting some tender, loving care.

Planning permission to transform the building into a mixed development of 21 residential apartments and 4 restaurant units (ground floor) was granted in October 2018. However, the commencement of work was prohibited until a “Discharge of Condition 10” was met which basically meant that the developer had to produce an archaeological survey and a subsequent programme of archaeological works before construction can commence. This understandable took some time for the developers to produce but in June 2020 the survey was submitted to the planning office but strangely the letter of acknowledgement wasn't uploaded to the planning portal until 29th December 2020. So hopefully our Council and the relevant authorities can expedite a response within the next few weeks or months. 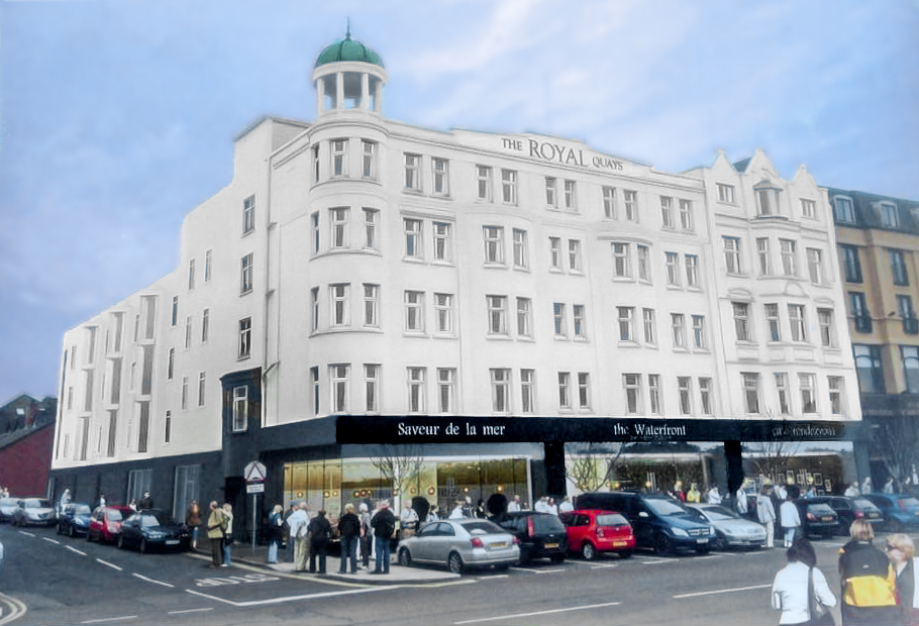 Bangor’s iconic Royal Hotel building, which has been derelict for 4 years, has been bought by Expedia Capital, a Northern Ireland development and regeneration company, who plan to turn it into 21 high quality apartments with four ground floor restaurant units.

The scheme is estimated to costs £3 million and 40 jobs are expected to be created during the construction phase with 50 long-term jobs created in the restaurant units.

The current frontage of the existing building will be retained, part of the high quality regeneration plan for the project.

The upper floors will be converted into 21 high-quality turn-key apartments with the ground floor transformed into four modern restaurant units.

A planning application is scheduled to be submitted in the coming weeks.

John Ferris from the Expedia Capital said, "We are delighted to be able to bring life back to an iconic Bangor building, which enjoys terrific views over the Irish Sea and sustain it for future generations".

"The scheme will help in the ongoing and successful regeneration of the Bangor seafrontand bring further life to the town's marine quarter.

"A key part of the plan is to preserve the frontage of the Royal Hotel building and we are confident that the redevelopment will add to the commercial life of Bangor."

Archaeological Survey supplied to the Council by the Applicant 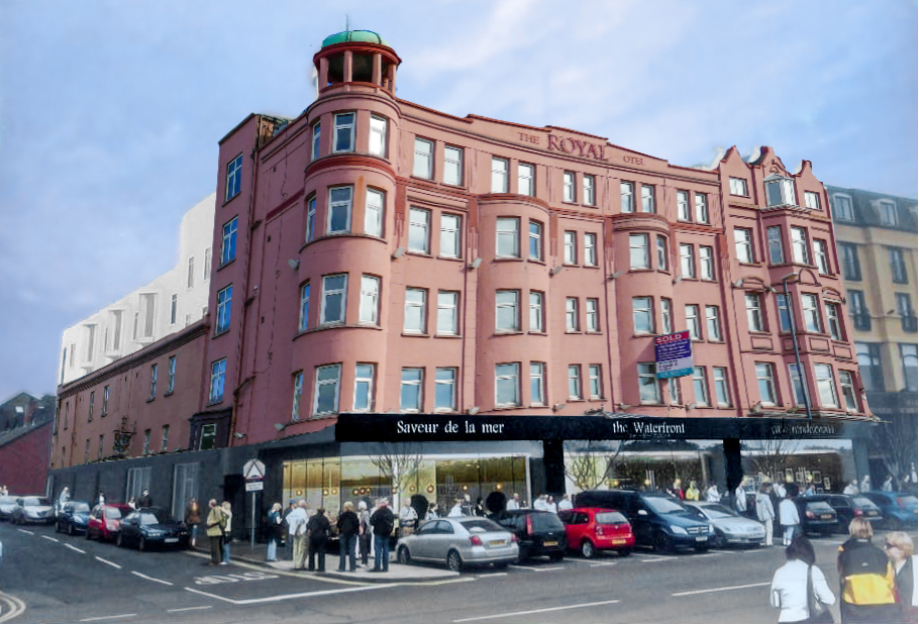