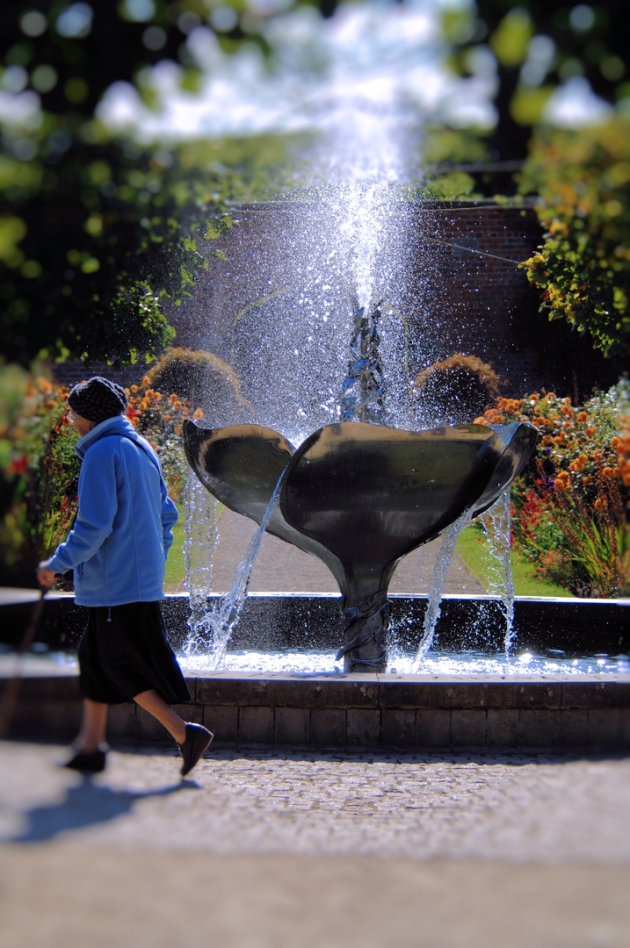 The Bangor Walled Garden is a restoration of the original Victorian walled garden created on the site in the 1840's by the Ward family, owners of Bangor Castle. At the time the garden provided vegetables, fruit, herbs and flowers for the "big house", as Bangor Castle was then known.

After World War 1, the garden's importance diminished as the family focused more on their London properties and it fell into decline. The garden, along with the parkland and Castle, was aquired by the then Bangor Borough Council in 1941 for £35,000.

The immediates surrounds og Bangor Castle, a significant Irish arboretum (tree collection), were laid out as a public park. The Castle became the Council's administrative base. The Walled Garden was converted to nursery facilities an remained as such until 1993 when the reverted to general storage space for the Council's Grounds Maintainance Section.

IN 2005, North Down Borough revealed plans to restore the Garden and to open it to the public for the first time. By 2007 a design created in consultation with a local garden istorian, was agreed and work began on site in January 2008. Aftera 16-month construction and planting period, the Garden opened to the public at Easter 2009. This work constituted an investment of over £1 million in quality public horticulture.

The Garden occupies over 1.5 acres and is divided into quadrants, the flower garden, the herb and topiary garden, the kitchen garden and the damp garden. These four areas are separated by avenues of spectacular pleached lime trees and rose covered arches. All these elements combine to give contrasting seasonal interest to visitors.

At the centre of the Garden is a magnificent fountain inspired by the Victorian tongue twister "A twister twisting, which is etched on the sandstone around the base. A second talking piece of art, "The Curved Horn" celebrates Bangor's maritime past. 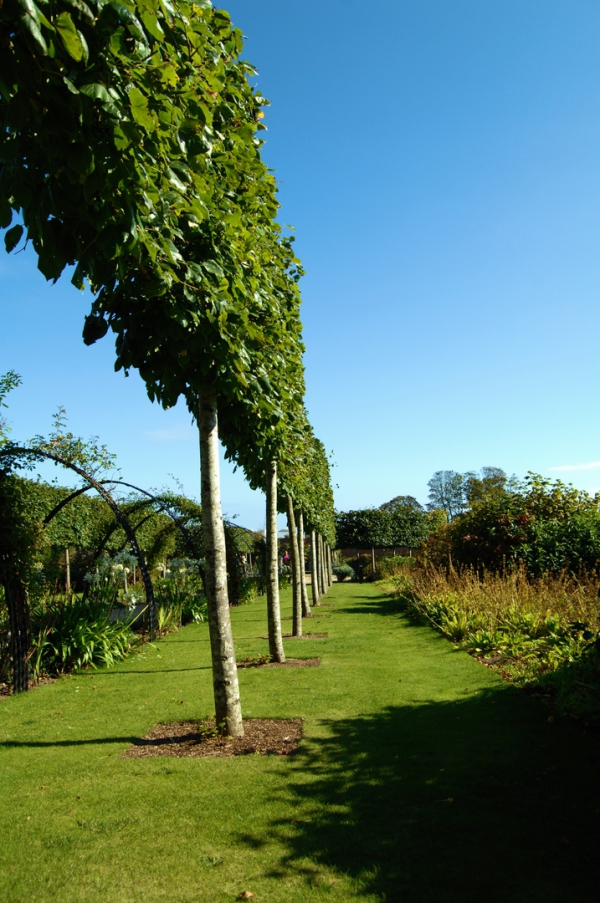 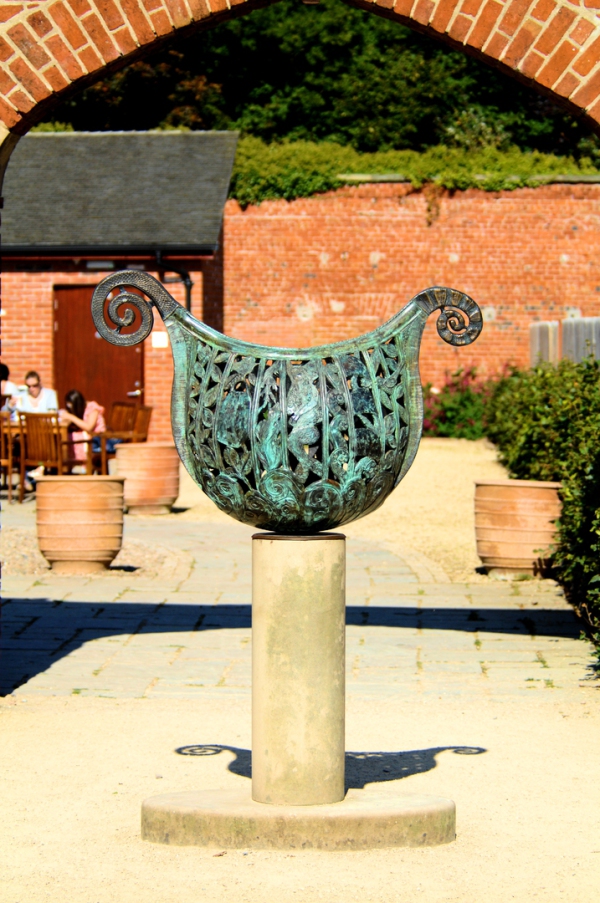 Beautiful Sculpture with cafe in background